“When I was 19, I wanted to do something mine: I started this business using my surname, and changing the “I” into a “Y” for it to be more international.” C. Freddi

This is how, in 1976, the adventure of Carlo Freddy and his activity began. Freddy was born as a company devoted to the production and commercialization of shoes for rhythmic gymnastics and demi-pointe shoes for ballet, but it soon became a landmark in the field of dance and fitness wear.

In the ’80s, with the success of aerobics as a sports discipline, and then in the ’90s with the trend of hip hop and funky and the trend of street dance in the years Freddy confirmed its connection with the Art of Movement, meant as the aesthetic expression of talent, energy and freedom of individuals.

The Art of Movement is the pay-off that, for years, has been the fil-rouge of the sports soul in Freddy’s collection.

Today, Freddy can be found in numerous countries: in its concept store Pant Rooms, in its Flagship Stores and through the wholesale distribution, thanks to several agreements with important international partners.

Innovation and novelty always led the company’s work throughout its history, and are still the foundations of every new project and proposal made by Freddy to national and international markets. 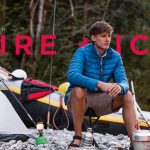